As part of the clinical study, which was conducted at the Hadassah University Hospital-Ein Kerem under Helsinki approval, cancerous tissues from the tongue of head and neck cancer patients were examined.

Amendis’s proprietary AI based technology was used to predict the spread of the cancer to the neck, as opposed to the current standard procedure entailing a surgery protocol which is based on the depth of penetration of the tumor into the tongue. 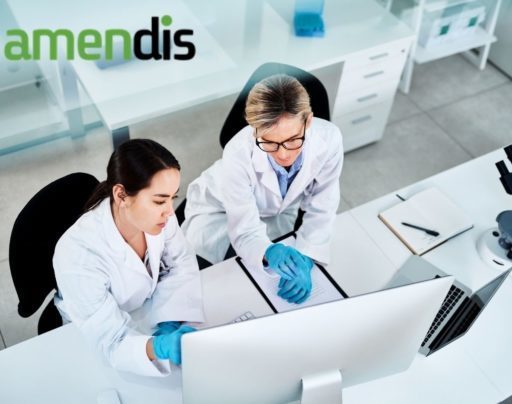 Head and neck cancer is the sixth most common cancer, and one of its most common types is that of the tongue; patients face a long road of arduous treatments accompanied by severe side effects and have a 5-year survival rate of between 40 to 50 percent. As in most cancers, early detection can lead to more effective treatment and save lives. Treatment of a tongue malignancy involves dealing with both the initial tumor in the oral cavity and with the spread or potential spread of the cancer to the neck (metastasis). The risk of metastasis currently dictates neck surgery to detect whether the cancer has spread to the lymph nodes.

However, in most cases, no metastasis is found, and, in effect, the surgery was unnecessary.

Neck surgery may result in complications effecting the patients’ ability to speak, breath and swallow. Beyond the significance of the surgery for the patient, there is considerable significance for healthcare systems, due to the inherent high costs of hospitalization, surgery, rehabilitation, nursing, and the treatment of related complications. Overall, performing neck surgery places a heavy burden on the patient and the health system, so determining its necessity is paramount.

In practice, about 70% of these surgeries turn out to have been unnecessary!

Dr. Nir Hirshorn, Amendis’s Medical Director, meets such cases daily, by virtue of his position as a senior surgeon in the Division of Ear, Nose & Throat, Head & Neck Surgery at Hadassah Ein Kerem. He is also the chairman of the Israeli Society of Head and Neck Surgery and Oncology. Together with Dr. Yoav Smith, the company’s CTO who was previously the head of the Genomic Data Analysis Department in the Faculty of Medicine at the Hebrew University of Jerusalem, they have developed the technology that will prevent unnecessary surgery on patients by predicting whether the cancer will metastasize.

Amendis’s unique technology predicts the development of metastasis by analyzing the RNA of preselected genes taken from the patient’s tumor sample. The test results provide the oncologists with an invaluable clinical aid that enables them to make more informed decisions as to whether it is necessary to operate in order to determine metastasis. The test is fast, accurate and safe.

In the clinical study involving tongue cancer patients, the test’s gene recognition system predicted whether metastasis in the neck would occur, and these results were compared to the results of the surgery carried out on the patients.  The results showed a high correlation between the predictions and the actual clinical conditions of the patients. According to these results, the test successfully predicted the development of metastasis, and showed that 30% of the surgeries could have been prevented.

According to the company’s assessment, future routine use of Amendis’s technology will improve the diagnostic process and prevent a significant portion of unnecessary neck surgeries.

contacts
get in touch
Back top top