Three of the members of the Scientific Advisory Board of Goldman Bio all headed and directed  the oncology departments of Israel’s largest hospitals. 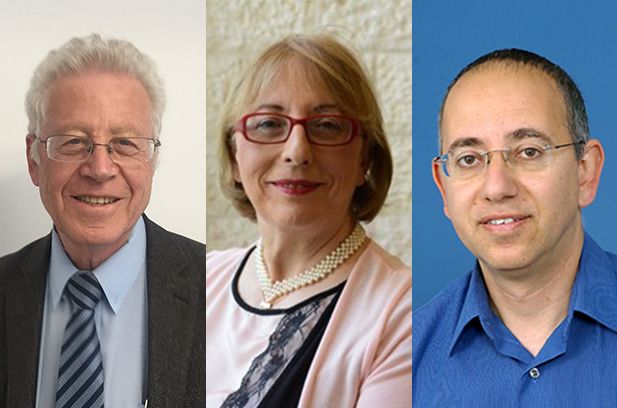 Goldman Bio has created an avenue for establishing limited partnerships in Israel whose area of activity is R&D, focusing on cancer. This is a significant innovation for those seeking to invest in technology, which is creating a channel for establishing publicly available investment partnerships for a wide range of investors seeking to participate in the success of the Israeli high-tech industry in general, and in R&D in particular. The purpose of the Goldman Bio’s Limited Partnership is to promote the research and development of its portfolio companies, turning them into independent and professionally managed companies, built on technologies with significant commercial potential and high economic value.

Three of the members of the Scientific Advisory Board of Goldman Bio all headed and directed oncology departments at three of the largest hospitals in Israel. Professors Ido Wolf, Tamar Peretz and Rafael Catane provide invaluable medical knowledge and guidance to the individual portfolio companies, as well as advising the senior management of Goldman Bio in their constant efforts to advance the latest in cancer research for the benefit of the community.

The members of the SAB contribute to and advance the R&D programs of the portfolio companies, aiding the researchers to meet their milestones on time. In so doing they promote the research and increase the value of the companies.

Prof. Ido Wolf specializes in research on gastrointestinal malignancies, neuroendocrine tumors and deciphering endocrine aspects of cancer development. He served as the Head of the Oncology Department at the Chaim Sheba Medical Center (2008-2012) and since 2012 he has been the Head of the Oncology Division at the Tel Aviv Sourasky Medical Center.  Prof. Wolf is a Senior Lecturer in Oncology at the Sackler Faculty of Medicine, Tel-Aviv University, Israel, and has published over 40 articles in prestigious scientific journals.

Prof. Catane is a world-renowned clinical oncology and radiotherapy specialist. He has held a number of distinguished positions, including having previously served as president and director of the Oncology Institute at Sheba Medical Center, acting head of the Sharett Institute of Oncology, and director of the Institute of Oncology at Shaare Zedek Medical Center. His previous positions also include senior postings at several US research and medical institutions, such as the National Institutes of Health. Prof. Catane is a professor at the Tel Aviv University School of Medicine has actively planned and managed numerous clinical studies and has been published in many peer-reviewed journals and professional textbooks. He also received the City of Jerusalem’s Esteemed Person Award in 2016.

Goldman Bio’s Scientific Advisory Board consists of a group of distinguished physicians and academic researchers. The SAB assures the quality and relevance of the medical and technological R&D, reviews research programs and plans, and advises executive management on broad scientific matters.

Goldman Bio’s controlling shareholder, Dr. Gil Pogozelich, is very proud that such distinguished physicians and researchers have consented to serve on Goldman Bio’s SAB in order to realize its vision of advancing Israeli technology and excellence in cancer research, for the benefit of the community.

contacts
get in touch
Back top top